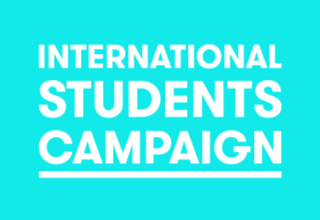 Hey everyone!! So we’ve had another Campaign meeting at the end of March in the living room and this time there was snacks.

We had the BAME, volunteering and women’s rep present, and three new people!

Like always, there were introductions and an update from me;

+ Penpal System: the international office are going to trail a 3 month pilot later this month so Yay!!
+ Guarantors Scheme: still in the data finding phase
+ Monthly Blog: due to the elections, I have not being able to get an update from the volunteering rep but hopeful about the coming weeks.

Next, we discussed the proposed one week’s campaign to increase international students’ engagement with the group and it was decided by everyone, that it would be more effective to have a stall during the Culture Festival; as this way we would reach more international students. Members volunteered to man the stall (still looking - the more the merrier!!).

Ro updated us on the progress with the Culture Festival saying they’ve had more people express to express interest in participating and they are open to more ideas.

After this, I spoke about the vacancy for the International Students’ Rep position for next academic year; I encouraged members to run in the September by-elections as it is extremely important that we have representation on the Student Council. Nominations are open on the SU website here.

I noted that we have no new motions to propose to council but had a few ideas for potential motions. The Student Voice Manager noted that there was only two student councils left for the academic year.

The first idea being digital submission which was raised as a solution to issue of free printing by Ahmed at the last meeting. Ahmed said he would look into drafting this ASAP.

The second one being a motion to increase the term in office from one year to two for reps. I explained that this was because new reps tend to discard of the work of any predecessors and start over, making all the started work pointless. The Student Voice Manger noted that this might have the undesirable effect of certain levels being unable to run for rep positions. We all agreed and decided it would be better to focus on the Campaign manifesto as this would mandate the new rep to carry on relevant work.

The last being the need for an EU rep in addition to the International rep position. I explained that the challenges of the EU students are quite different to those of the rest of the international student body. The campaign was left undecided as to this being necessary.

Ahmed raised an issue with the current system of recording international student attendance. He expressed his frustration with having to wait for signatures and be late for next classes and so on. Members all agreed that this was indeed an issue. Maddy (Women’s Rep) and I gave an update as to the work we had started concerning this. We explained that we had met with the university registrar and she told us the university was working on giving every international student a device that would sort all this out but we had not being updated since then.

Ro said we would look into what progress has being made so far and the Student Voice Manager said research will be carried out into how other universities recorded attendance.

Finally, a member raised an issue with her course. She explained that as an international student she wasn’t being reimbursed for her placement expenses like the home students were. Everyone agreed this was unfair and the Student Voice Manger said this would be raised at her School forum and more data would be collected on this.

The meeting ended with abit of chit chat, making new friends and of course, devouring the grubs!!!