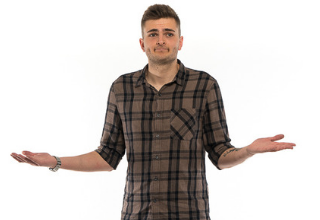 So, we’d thought we’d have a sit down with our SU President, Jack Harrison for a chat about veganism.

Now, many of you may know Jack as the passionate leader of our SU and an avid Thai Boxer but did you know also he was vegan?

Thought not. Read on to find out why he transitioned into veganism as well as his top tips for anyone thinking of going vegan.

LBSU: How long have you been vegan and how did it come about?

Jack: I’ve been vegan for three years this month. Originally, it was my partner at the time who asked me to do Stoptober for veganism, from that I went cold turkey and I stopped. From researching it and looking at it myself and seeing what veganism was about and looking into the meat industry and dairy industry, I then realised for myself that I didn’t want to contribute to that. It took someone to give me the push that got me into being vegan.

LBSU: What are your top 3 vegan-friendly food places in Leeds?

Jack: 1.Oranaise café in Hyde Park they just do amazing pizza and burgers if you want some proper good takeaway food.

LBSU: What do you think the biggest misconception is about veganism?

Jack: I think the biggest misconception, is that vegans just eat healthy and eat plants like literally just lettuce and cucumber. Since becoming vegan, I think it’s made me want to experiment and do more things [with food] because you’re not restricted because there’s so much out there … it makes you more creative.

LBSU: What advice would you give to students or anyone who is wanting to go vegan?

Jack: I think you need to know what you are doing it for because a lot of people think it’s just a diet and its much more than that, it’s a lifestyle. It’s much more than food it’s about your clothing, what deodorants and cosmetics you buy, and I think everyone overlooks that. [In] Being vegan, you’re kind of automatically an activist for veganism because you’re saying no to any animal products - and that’s a powerful thing. So, I think my biggest advice is to research it, look into what you’re doing it for, if it’s for a diet you probably won’t end up sticking with it because it’s just a diet - but if you’re doing it for ethical reasons, then your morals should take more of a stance than, ‘I fancy cheese’..

If you’re vegan or thinking about going vegan why not check our Vegsoc? And if you haven’t done so already be sure to check the menu at The Hive where we’ve got plenty of delicious vegan options. Totum card holders get 10% off on all food and drink, plus there’s an extra 25% off on vegan meals on Mondays as part of our Meat Free Mondays promotion!